“Is it going to our hurt property value, the construction noise, the train noise for raising a child?” asked resident Tyler Wilcox, who lives off of Bottineau Boulevard and 47th.

The route would put light rail down the middle of Bottineau Boulevard, also known as County Road 81. A previous alignment would have put track in the freight corridor owned by BNSF Railway Co., but the railroad company never agreed to that option.

A major complaint in Robbinsdale is that putting track down the middle of 81 would split the city in half. Elected leaders have gone on record saying it’s unlikely they can support the current route.

The Blue Line Extension would start at Target Field connecting with existing line. It would end at Target’s Northern Campus in Brooklyn Park, traveling along West Broadway to get there.

Residents like Wilcox wondered if there’s a need for light rail in the area.

“There’s a bus station down the road that nobody uses,” said Wilcox. “It’s chained and vacant, so what makes you think [whether] people are going to use a light rail.”

Others like Richard Scott believe light rail will get good use.

“Light rail will bring people in and allow businesses to utilize the area,” said Scott.

The tentative timetable for the Blue Line Extension has construction starting in three to four years and trains on the track by 2028.

There are two more community meetings coming up on the project: May 3 at the Brooklyn Park Library and May 5 at the Crystal Community Center. 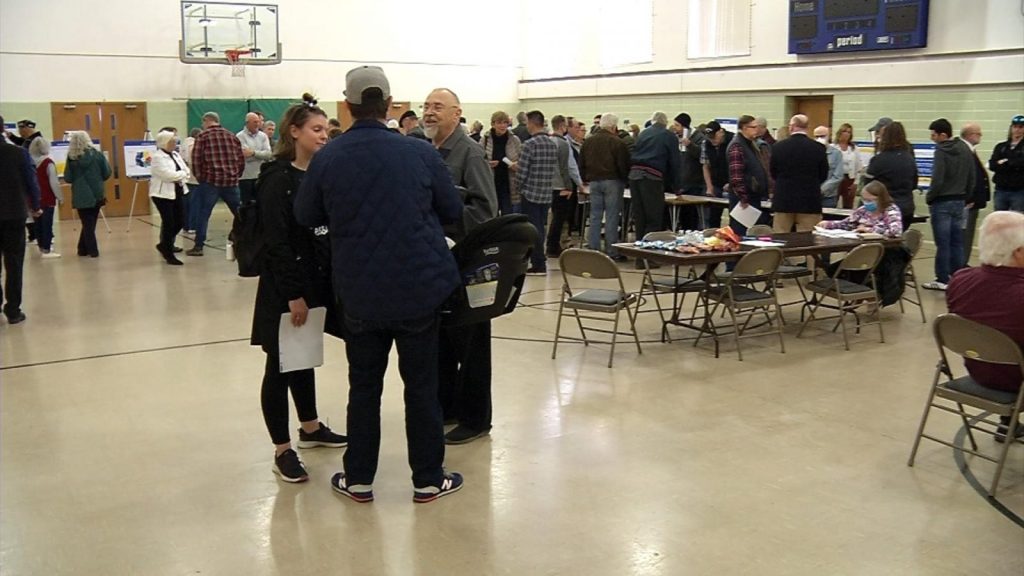