The Plymouth City Council will review plans for a new apartment building that begins to fill an affordable housing need in the city.

Bloomington-based Doran Cos. is proposing a 7-story apartment building just east of Bachman’s garden center along Highway 55. The 7.4-acre site, located behind the Gage building, would have 176 units. While most would be market-rate, 20 percent would be affordable to residents earning 50 percent or less of area median income.

“I think the city is getting something really good here,” said Plymouth Planning Commission member Bryan Oakley. “I’m pretty excited to see this come to this part of Plymouth.”

The project, called Bassett Creek Apartments, would have units that range in size from studios to two bedrooms. The building would include a variety of amenities, such as an outdoor pool, fitness center, saunas, bocce ball courts, entertainment room with golf simulators and a pet spa for dog owners. 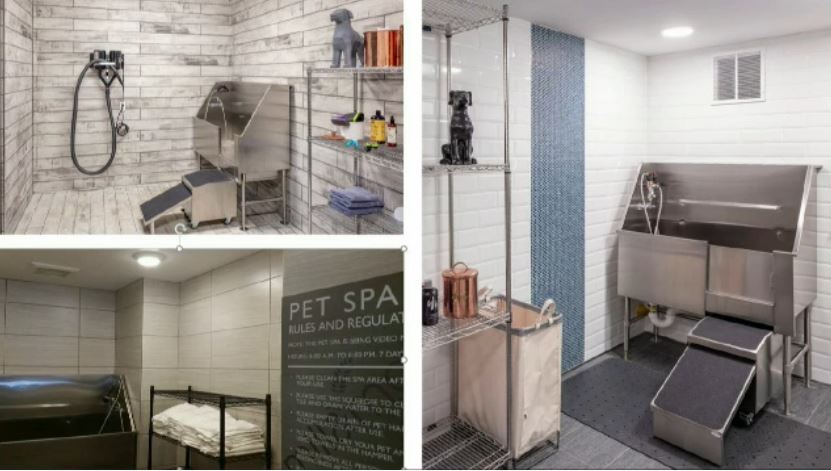 Plymouth would have to make concessions to allow project

The city of Plymouth would have to make a number of changes to allow the project. One of them is it would have increase the number of units allowed per acre in its land use guidelines. The maximum units per acre for mixed used guiding would have to be raised from 20 to 35. The land was also zoned for a business campus. That designation would have to change to planned unit development.

The project would also be closer to a wetland than normally allowed. The developer will need to obtain special permits from the Bassett Creek Watershed District, the U.S. Army Corps of Engineers and the Minnesota Department of Natural Resources.

Concessions would also need to be made on height. Doran is proposing a 78-foot high building, where city guidelines for the site call for 45 feet maximum.

“We evaluate each project individually,” said Lori Sommers, senior planner, when asked about all the concessions. “It does sound like a lot, but we do try to make it the best project possible for the city.”

According to city engineer Chris McKenzie, the apartments would lead to increased vehicle traffic for the area of just under 800 trips per day. The city plans to work with MnDOT on light timing along Highway 55 to make up for that, McKenzie said.

Project could help nearby shopping center

Doran is behind a number of prominent apartment projects in the Twin Cities. They include The Reserve at Arbor Lakes in Maple Grove, the Birke Minnetonka Apartments near Ridgedale Center and the Aria apartments at 66th and York in Edina.

“The majority of our residents are actually empty nesters,” said Tony Kuechle, president of development with Doran Cos.

The Plymouth Planning Commission recommended approval of the Bassett Creek Apartments on a 5-1 vote March 9.

Commissioner Marc Anderson, the lone no vote, said he liked aspects of the proposal, but raised concerns about all the concessions as well as plans for school bus pickup at the site.

Julie Pointner, another commission member, supported the project. She believes it will help rejuvenate the nearby shopping center that she says “needs a little love.”

The city council is expected to take up the project at its March 22 meeting.