Members of the Plymouth City Council have a message for Hennepin County: it’s time to step up funding for improvements to County Road 47.

Council members expressed frustration and disappointment on Tuesday night that the project received $5 million from the county out of a total of $30 million needed. A combination of city and state funding could cover the rest.

“I think you hear it from every council member that we don’t feel like we’re being treated fairly by the county,” said Plymouth Mayor Jeff Wosje.

The $5 million would pay for mill and overlay work for a four-mile stretch of County Road 47 between Brockton Lane and Northwest Boulevard. However, the city wants to make wholesales changes to the road to improve safety. That includes fixing curves that create troublesome blind spots for drivers. The project would also add bike and pedestrian trails on each side of the road.

“I think that it’s important the county step up its participation in the project, especially given all that Plymouth does for the county and the surrounding area,” said Plymouth City Council member Ned Carroll.

Residents who live along County Road 47 say they lack access to nearby parks and other amenities because of increasing traffic volumes.

“The traffic and people can be a dangerous combination if safety is not proactively considered,” said Andrea Shifflett, who lives nearby. “With the dog park, the [Northwest] Greenway, future ball fields, accessible by traveling via 47, I think it’s prudent that this is addressed now.”

Plymouth to Spend Next Month Calling on County for Funds

The County Road 47 work will be done in phases with construction slated to start in the spring. The first phase will be a nearly two-mile stretch between Brockton and Peony/Lawndale lanes.

On Tuesday, the Plymouth City Council unanimously approved an agreement with Kimley-Horn and Associates for $770,000 to complete the final design for Phase 1. According to Michael Thompson, the city’s public works director, the approval was the “culmination of about two years of work.”

However, the Plymouth City Council voted to table an agreement to transfer ownership of County Road 47 from Hennepin County to the city. The vote was 4-2. Council members in favor of tabling believed it would provide a little more time to urge county leaders to provide more funding.

“It’s just frustrating that if we just left it County Road 47, they have no desire to make any improvements to that other than $5 million for a mill and overlay and not make it safer and not make it safer for pedestrians and bicycles, even though the county promotes bicycles and pedestrian traffic in every community, but they won’t support it in our community,” said Wosje.

“I don’t think we’re going to get anywhere with Hennepin County,” said Davis. 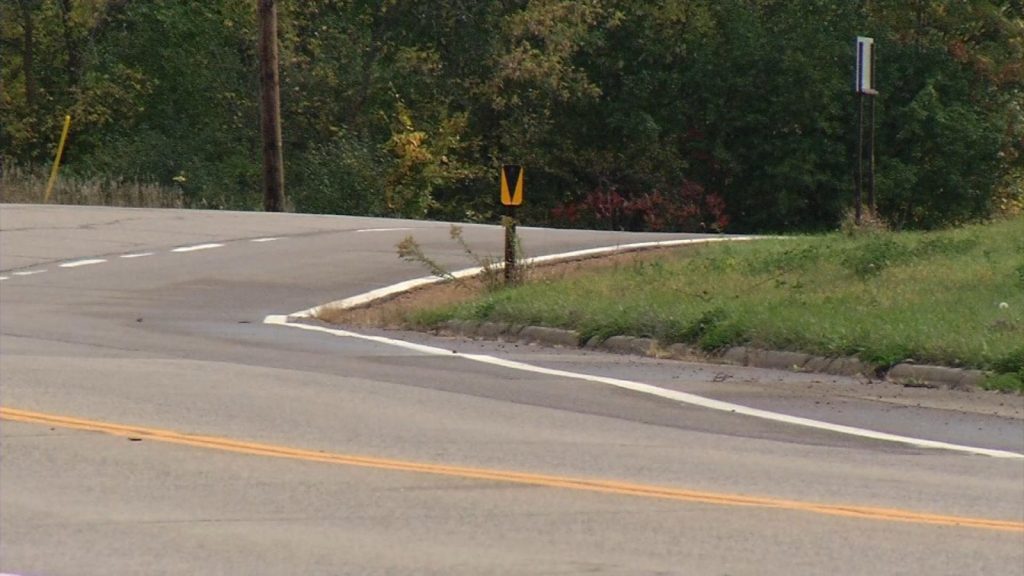 Example of a curve on CR 47 the city of Plymouth wants to fix.

A Request for State Bonding Funds

Besides attempting to get more county funds, the city also submitted a request to state lawmakers for $20 million to be included in a bonding bill for the County Road 47 reconstruction project.

Plymouth City Manager Dave Callister says the city won’t find out whether it receives state bonding dollars until possibly June. If the city is left out of the bonding bill, the city would have to issue its own bonds.

“We would have to issue debt or delay the project,” said Callister.

The city council plans to vote Nov. 9 on Hennepin County’s agreement to transfer ownership of County Road 47 to the city. The vote would ensure there’s no delays in the timeline to start the project.

Because the city plans to take jurisdictional control of the road, County Road 47 will also eventually get a new name because it will no longer be a county road.

“I figured if this moves ahead, then we’ll figure that out later,” laughed Thompson. “But we got to get through this first.”