Hennepin County prosecutors have charged a Delano teen in a fatal hit-and-run that occurred Wednesday night in Plymouth.

Jack Blaschke, 19, faces criminal vehicular homicide charges, including one felony count for operating a vehicle in a grossly negligent manner and another for leaving the scene of a collision.

Friends of the man killed identified the victim as 65-year-old Gregory Schneider, the Star Tribune reported. The crash happened just before 9 p.m. near Schneider’s home at the intersection of County Road 24 and 32nd Avenue N.

According to the charges, Blaschke was traveling at 70 miles per hour on a road with a 45 mile-per-hour limit when he struck Schneider and his black Labrador as they were crossing the street. Both Schneider and the dog were killed. Blaschke drove off despite witnesses pleading with him to stop, the charges said. 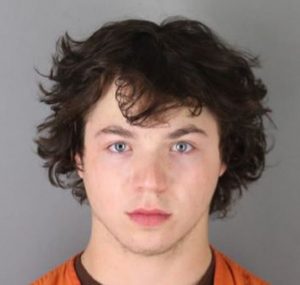 The criminal complaint indicated Blaschke may have been street racing. Golden Valley police located Blaschke’s vehicle a few hours after the crash.

Upon his arrest, the Delano teen said he was only traveling 40 to 45 miles per hour when he encountered a curve where “a guy and his dog were just right there in front of him,” the complaint said. Blaschke said he panicked and went to a friend’s house instead of remaining at the accident scene.

The Plymouth Police Department. led the investigation with assistance from the Minnesota State Patrol.