North Hennepin Community College has an exhibition by Jill Foote-Hutton called “Civilized Wildlings” on display from now until Oct. 28. The exhibit is a combination of ceramics and graphic art. Foote-Hutton says the exhibit is inspired by “The Muppet Show.”

“When I talk about my work I always start with “The Muppet Show” because that’s really like the baseline inspiration,” said artist Jill Foote-Hutton.

“Civilized Wildlings” welcomes you to her whimsical world of art and imagination. 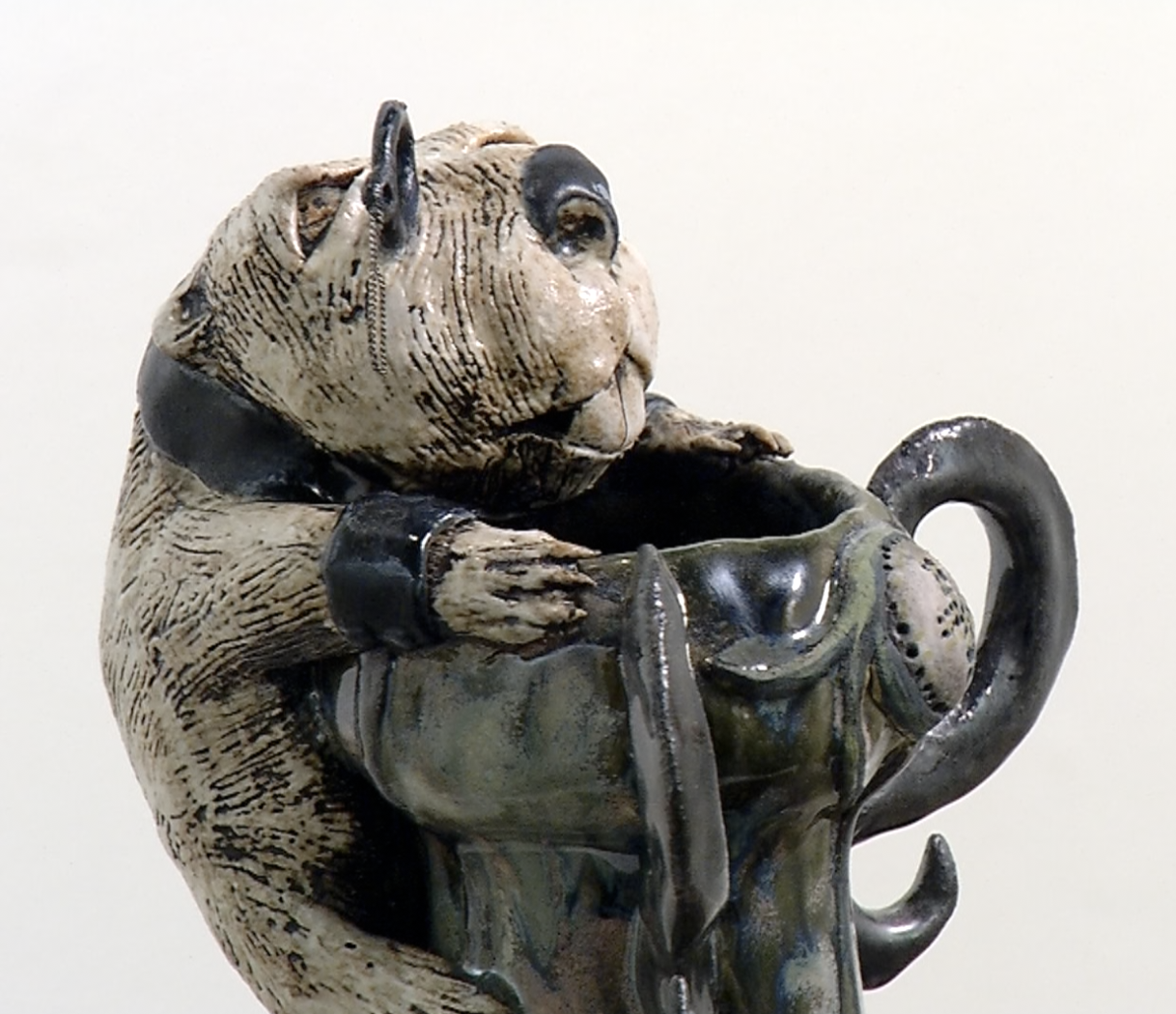 “Those were animals. So there’s always some way that I anthropomorphize the creatures. Either by, like, personifications I’m putting on them. Or things like noticing their characteristics and traits and what we can learn from nature,” said Hutton.

The ceramics are done in an Art Nouveau style.

“They also are all wearing clothing. So this show is called ‘Civilized Wildlings’ because I am reflecting on the human nature to want to like. What does civilized mean,” said Hutton.

Her exhibit at the North Hennepin Community College gallery is a combination of ceramics and graphic art.

“And then I did the graphic posters because there’s always a story. Sometimes the posters that are with them have really specific factual information that I’ve looked up,” said Hutton.  And sometimes Jill expounds on the factual information, creating a fictional story line for the characters.

“There’s a nice kind of blended narrative of both historical reference to Art Nouveau ceramics and pottery vessels with this nice pairing of natural humanized animal forms,” said Joshua Woof. He is the gallery manager and staff member at NHCC.

Hutton said her goal for the viewer is simple.

“Ultimately I want it to bring people some joy. That it makes them happy. That the colors are bright. And that they can always find new discoveries. And that they don’t get tired of looking at it. That there’s always something to take in.,” said Hutton.

“Civilized Wildlings” will be on display in the North Hennepin Community College Joseph Gazzulo Gallery through October 28th.