The city of New Hope will soon make the streets around Meadow Lake Elementary safer for students to walk across.

The Metropolitan Council awarded the city $363,000 in federal funds as part of the Investment in Infrastructure and Jobs Act.

“The northbound turn lane on Boone Avenue would be eliminated as part of this project, resulting in just one lane heading north,” explained Jeff Alger, Community Development Specialist for the city of New Hope. 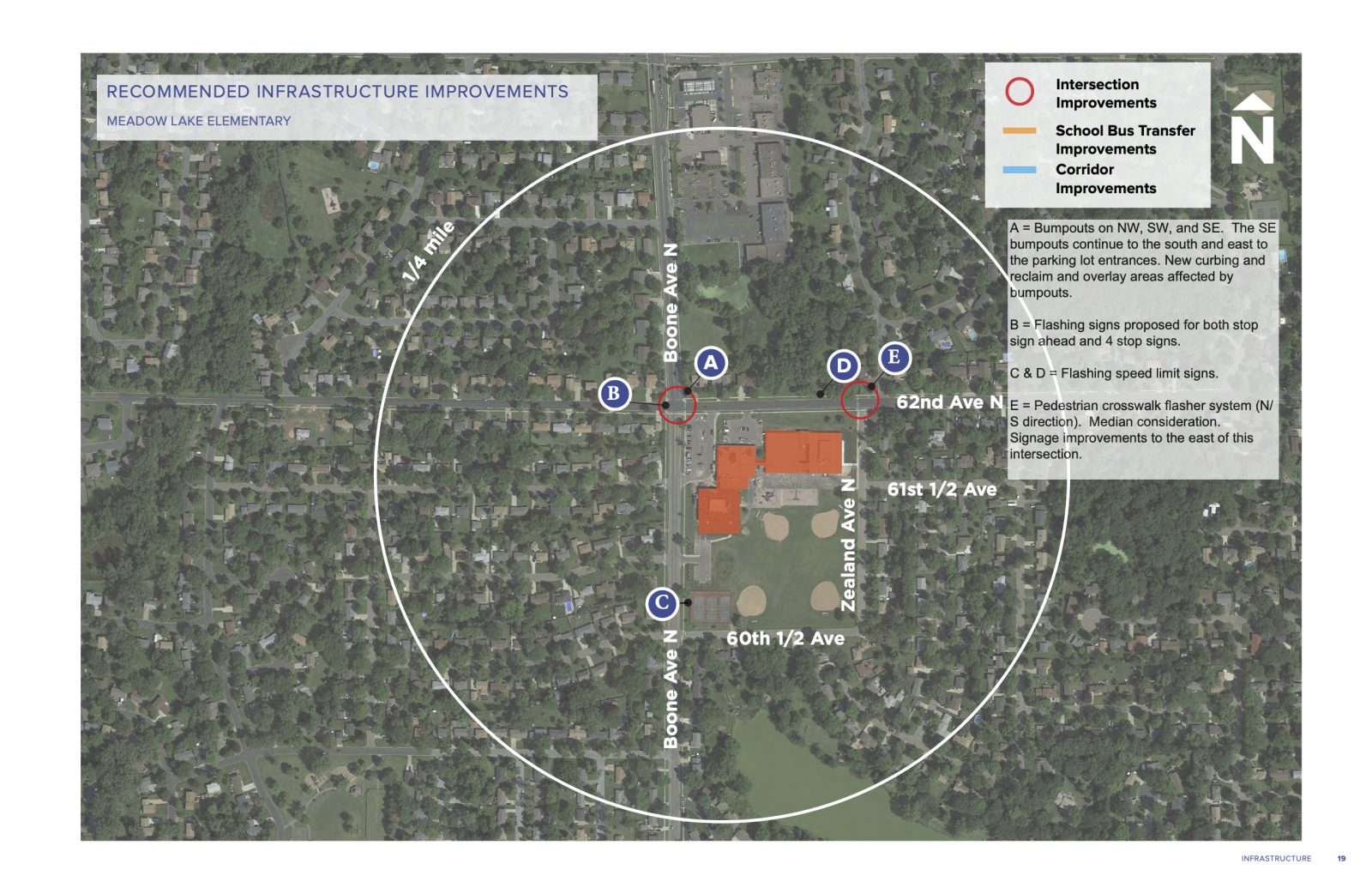 A curb extension will replace what is currently the right turn lane at Boone Ave and 62nd Ave N.  The extension would limit the number of vehicles stopping at the intersection, as well as reduce the distance students have to walk to get across. The intersection will also get new stop signs with flashing lights and signs alerting drivers of how fast they’re traveling.

A curb extension is also planned for the intersection of Zealand Ave N. and 62nd Ave N.

According to Alger, one of the city’s goals is to make the community safer for pedestrians.

The crosswalk safety project is expected to be completed in 2026 or 2027.