The Maple Grove Police Department has a budgeted number of 73 sworn officers. The new hires put the department just one shy of full staffing.

The new hires are very familiar with police work before coming to Maple Grove.

Freng started as a community service officer in 2018 and her father is a former lieutenant with the Minnesota State Patrol. Smith was an officer with the Deephaven Police Department. And Gordon previously worked for police departments in Springfield and in Sleepy Eye.

The new officers fill vacancies due to retirements and positions added. 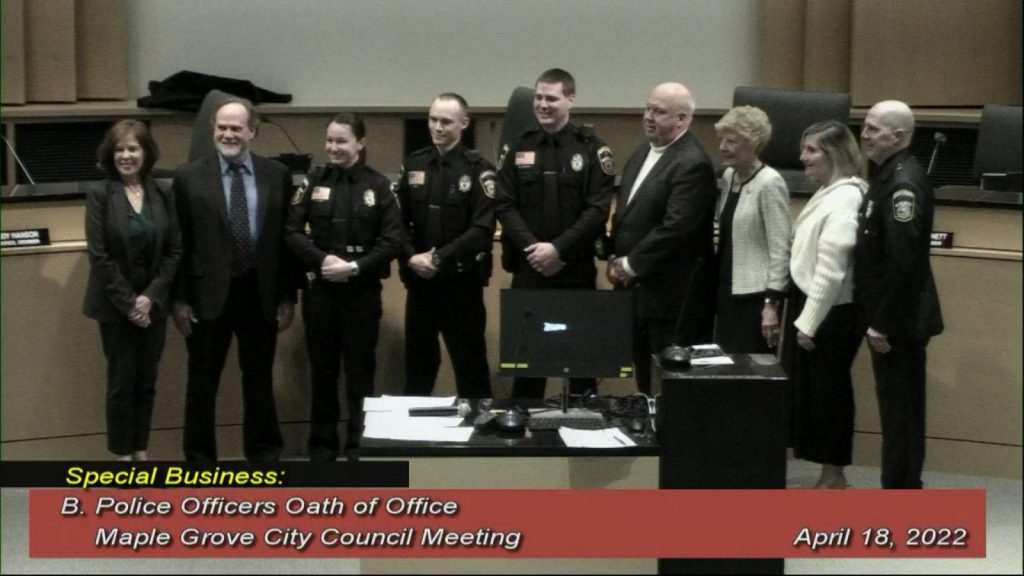