Second Harvest Heartland, one of the nation’s largest hunger relief agencies, shared how costs have soared while it has struggled to keep up with the demand.

“Times are tougher than ever right now,” said Allison O’Toole, CEO of Second Harvest Heartland. “Grocery bills and everyday expenses are off the charts.”

O’Toole said local food shelves have experienced a 30 percent increase in demand over last year. She says that’s in part due to government ending COVID-19 pandemic financial supports. She pointed to inflation as another factor.

“We’re buying more milk than we’ve had. The price of milk for us is up 30 percent. The demand at food shelves is up 40 percent. We can’t keep up. And that’s why we need to come to the table in a different way,” said O’Toole.

Second Harvest Heartland officials are calling on the state legislature to use some of the state’s budget surplus to help meet the need. O’Toole also specifically mentioned a greater investment needed in SNAP, a federal program to help families with low incomes to purchase food. During the height of the pandemic, Minnesota families received enhanced SNAP benefits, which were approved under the American Rescue Plan Act.

As a result, O’Toole said Second Harvest Heartland had to distribute more pounds of food during several days this summer than at the height of the pandemic. 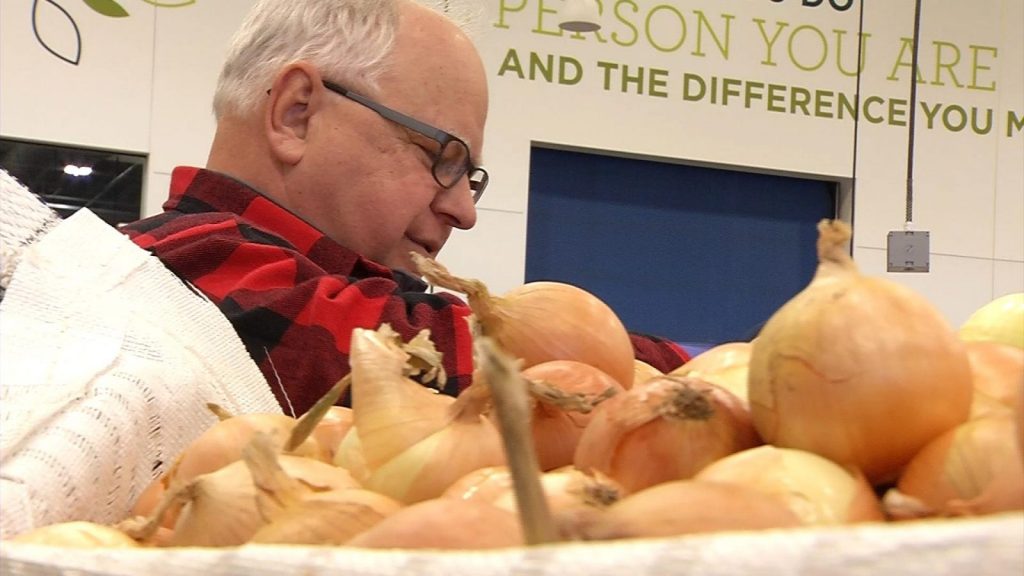 Lieutenant Governor Flanagan also weighed on the benefits of SNAP. She shared how her family benefited from the federal program during her childhood.

“Our family was one of those families who relied on food banks. We relied on SNAP. I was on free and reduce priced lunch,” said Flanagan. “People shouldn’t feel ashamed applying for these programs or asking for help.”

“We can’t just stay at status quo and continue to do what is incredible work,” said Walz, referring to work of local food banks. “We’ve got to get ahead of this on the front end and start to bring these these numbers down.”