“This bill has the strangest coalition of authors I’ve ever seen,” said Freiberg. “It’s the first time I’ve introduced a bill with State Senator Kiffmeyer as the chief author in the senate. The support is totally bipartisan.” 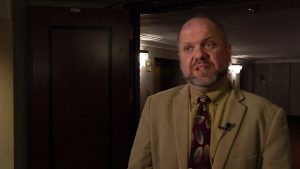 Under the bill, Minnesota would remain on Daylight Saving Time year-round as soon as federal law changes to allow states to make that decision. Minnesota would join 9 other states with similar legislation.

Freiberg believes Minnesotans would rather get rid of the biannual ritual of adjusting their sleep and resetting clocks.

“The studies are pretty much universal that the clock changes disrupt our schedule and can cause problems as far as attentiveness and health concerns and so forth,” he says.

Freiberg is optimistic the legislation will pass.