Nicole Fraser is in the business of making people happy.

Her method for doing so is a tale as old as time — feed them food that they’ll enjoy.

“Authentic Caribbean food,” Fraser said. “You know, made from scratch.”

Fraser is the owner of Caribbean Tasty, a food truck that occasionally sets up shop in the parking lot of the Brooklyn Park Fleet Farm. 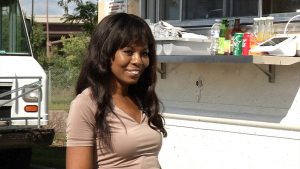 “My dream was just to be my own little business owner, and since I love to cook and I like to make things tasty, I figured, why not?” she said.

Fraser launched Caribbean Tasty in July, serving up hearty portions of the food that she learned how to make at the age of nine in her native country of Trinidad.

In case you were wondering, she goes easy on the spice.

“It’s not gonna have you jumping around drinking a bunch of water or anything like that,” Fraser said. “But it’s in the middle there.”

Her menu consists of things like jerk chicken, red beans and rice, plantains, and Jamaican beef patties. These items are few and far between in the northwest metro. 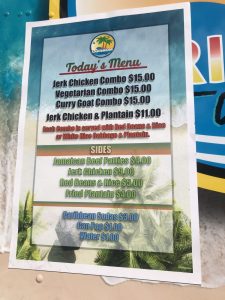 “ I know [there’s] not, you know, a lot of Caribbean dishes around Minnesota,” she said. “So it adds to the hole, I should say, that’s missing.”

This food truck is just the start. Next spring, she plans to open a standalone restaurant in Minneapolis, offering another opportunity for people to get a little taste of the Caribbean.

“My goal is to make everyone happy, you know,” she said.

For a schedule of when Caribbean Tasty appears at the Brooklyn Park Fleet Farm, go to the food truck’s Facebook page.