Tim Pratt, recycling manager with Brooklyn Park, said part of the reason people dump trash on the streets is because they don’t want to pay for proper disposal.

“We have seen an increase of illegal dumping here in Brooklyn Park as well as across the country, that we then have to pick up,” said Pratt. “It’s not free because while you don’t pay at the moment of disposal, you do pay on taxes, because we do have to send guys out to pick it up. Then we have to put it in our trash and then we have to pay for it to get rid of it.”

Pratt is encouraging residents to take their hard-to-recycle items to a special materials drop-off event this Saturday at the Brooklyn Park Operations and Maintenance Facility. 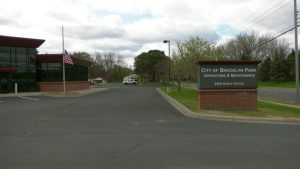 Pratt said items should be disposed properly because it can have negative effects on the environment and landfills.

“Mattresses are a huge problem because they don’t smush up so you can’t save space in the landfill. Then sometimes after they do get compacted, they’ll spring back into full size and cause havoc at the landfill,” explained Pratt.