Day one of the Minnesota State Fair was a special and unexpected one for Brooklyn Park native Elaine Christiansen. The longtime volunteer at the Hamline Church Dining Hall became knighted Thursday by royal members of the St. Paul Winter Carnival.

Christiansen, who is 92, was named duchess of the royal court for the popular winter festival. She couldn’t believe the honor.

“I am totally without words,” said Christiansen during an interview with CCX News. 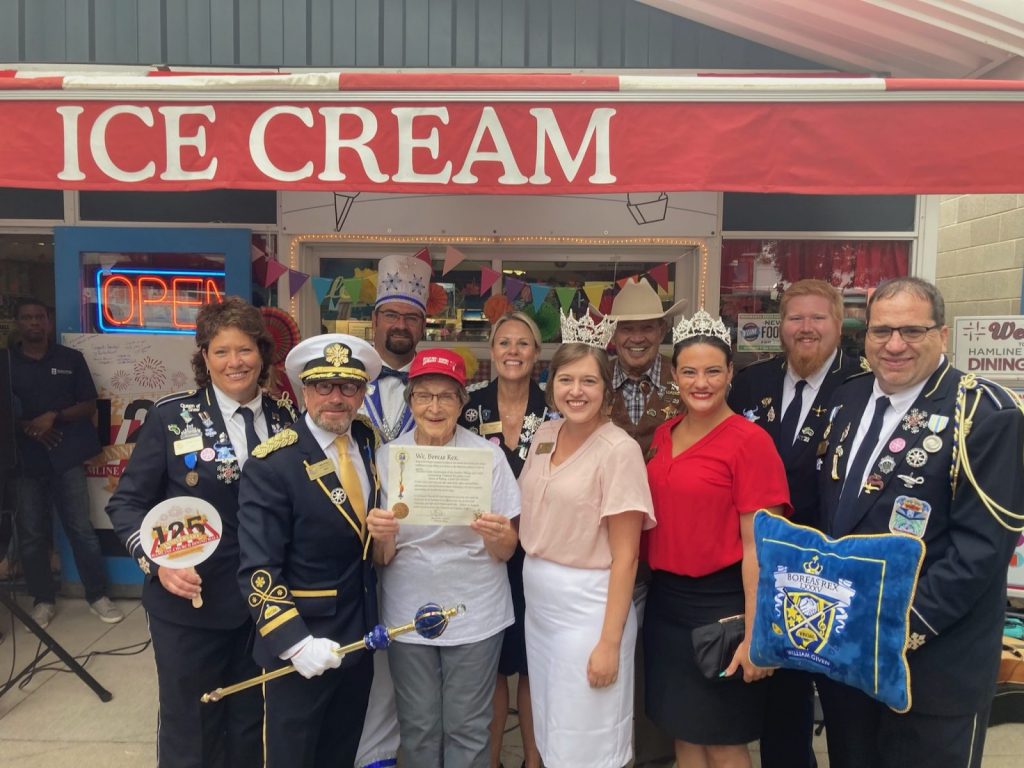 The honor comes on the 125th anniversary of the Hamline Church Dining Hall, where Christiansen has volunteered for several decades.

“Hard work has been one of the best things I’ve ever done all my life,” said Christiansen, reflecting on the honor. “If you work hard, you have something to show for it, and to me, it’s the best thing we can do is to put a lot of effort into something.”

Christiansen grew up up on the historic Tessman Farm in Brooklyn Park. Her brother is Eldon Tessman. The big red barn on 85th Avenue was one of the farms that made Brooklyn Park famous as the largest supplier of potatoes in North America in the 1950s and 60s.