The city used a total of $322,000 to pay for a range of services, including nonprofits who specialize in de-escalation, as well as a security firm to help apartment tenants and a company to help with communications.

Acting City Manager Reggie Edwards said outside interveners allowed the city to pull back on the number of officers on protest duty. The city also installed a second fence between the police department and protesters to help with crowd control.

“All those measures allowed us to have less volatile protests, if you will,” said Edwards. “Clearly there were still some bad actors, agitators who were there not to peacefully protest.”

The city also used outside interveners to help with traffic flow and safety during a May 2 protest attended by Daunte Wright’s family.

“Those interveners were able to communicate with not only our police department, but also with those who were organizing the march,” said Edwards.

According to the city, roughly 400 housing units near the Brooklyn Center police station were impacted by the unrest. Edwards detailed initial events near the police station after the April 11 shooting in which vehicles drove over lawns and burglaries occurred at neighboring apartment units.

Included in that $322,000 total, the city paid W&W Protection $48,000 for apartment security to keep unauthorized visitors away from properties. Also in that total, Brooklyn Center agreed to pay $88,000 to Our Sisters Keepers, which provided social services and crisis management to tenants of Sterling Square Apartments, city documents showed.

“We literally had no one in-house that was doing communication,” said Edwards.

The city has since hired Bloomington-based Tunheim to help with communications work. Edwards said he expected an extended need for security and communications assistance at least through the Kim Potter trial, the former officer charged in Wright’s death. Potter’s next court appearance is scheduled for May 17.

Brooklyn Center officials are currently meeting with county, state and federal officials to help secure funding to recoup some of the city’s costs.

“None of this has been something we have budgeted for,” said Edwards. 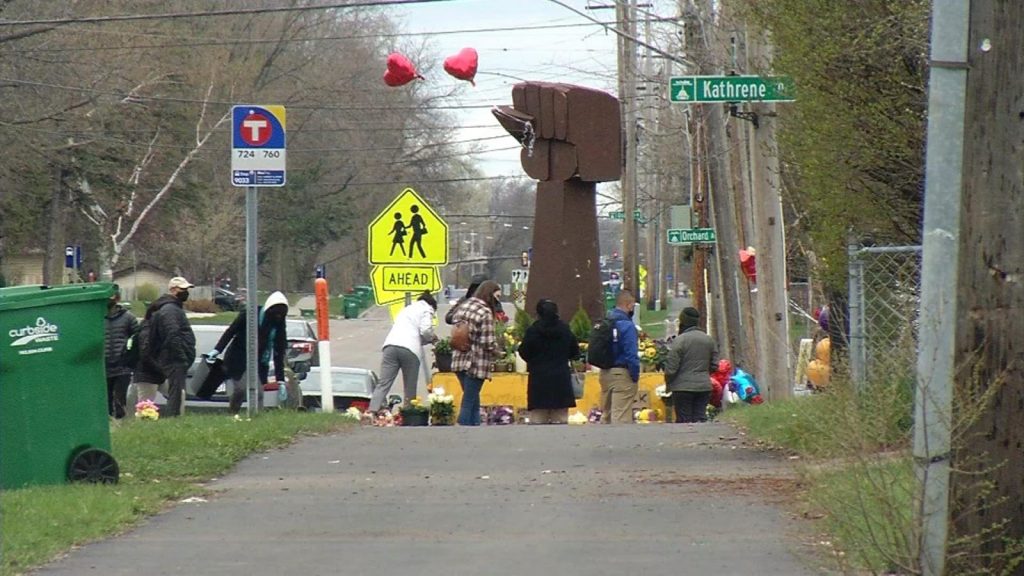 City officials say the memorial drew some complaints because it’s on a small neighborhood street. But the city plans to let it stay there for now.

“We do assess it for safety,” said Edwards. “In our assessment it has not created a safety hazard.”

“We’ve got some postpartum analysis to do here,” said Brooklyn Center Mayor Mike Elliott. “We’ve got to really look at our capacity where we were.”