Brooklyn Center Mayor Mike Elliott wants the city to create a new policy aide position to help him with his mayoral duties. Elliott made the unusual request during a March 8 city council work session. Such a position would be a first for the city.

“The function of this position is really critical to allowing the mayor’s office to be more responsive to the needs of the community,” explained Mayor Mike Elliott. 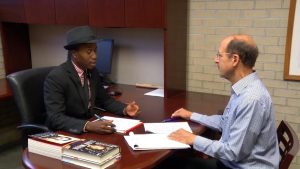 Elliott says issues like the pandemic only piled onto his already busy list of things to do. The elected official says the Highway 252 conversion project and redevelopment of the city’s so-called “opportunity site” also require more attention.

The new hire would assist the mayor with scheduling meetings and researching key issues to help attract more resources and businesses. The position would cost the city about $47,000 to $58,000 per year.

“It will come from the budget,” said Elliott.

“I think it’s very unnecessary. I was mayor for 12 years, and the two mayors before me each had 12 years, and none of us had assistants to help do the studying and reading the projects,” Kragness-Kauth told CCX News.

Although the new hire would assist the mayor, Elliott says the new role would also help the city council.

CCX News reached out to Brooklyn Park, New Hope, Crystal, Golden Valley and Plymouth to see if they had a mayoral aide. All of those cities said there was no such position on their payroll.

Mayor Elliott says he plans to bring the issue up again during the April 5 city council meeting.