An arrest warrant has been issued for a man accused in a fatal hit-and-run pedestrian crash in Brooklyn Center.

Monroe C. Edwards, 20, is charged with criminal vehicular homicide. As of Monday afternoon, police were still looking for him.

Dimas Salgado’s body was found around the corner from Brooklyn Center High School in the 6600 block of Dupont Avenue North at about 10 p.m. on Sept. 19. Police say Dimas Salgado lived near the scene of the incident.

Police traced a vehicle allegedly driven by Edwards to his mother’s home in Brooklyn Center.

“Officers discovered blood and possible body tissue on the underside of the vehicle,” the complaint said. 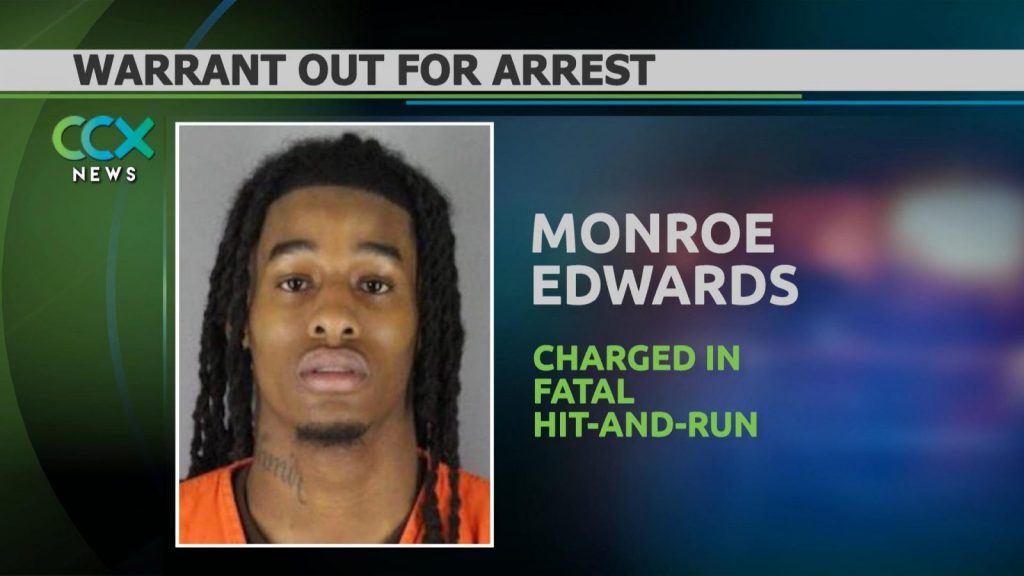 Further details from the complaint reveal that multiple witnesses had “heard a loud noise” and then saw a Chevy Impala leaving the scene. Officers tracked leaking fluid to a nearby hotel. Surveillance video obtained showed the suspect at the hotel closely examining his vehicle, “even getting underneath it,” the complaint said.

Another witness at the time of the homicide told police she observed a person lying in the road. She swerved to avoid the person. The complaint said she pulled over and called her husband because “she was frightened.” While on the phone, the witness said she saw a vehicle traveling down Dupont at a high rate of speed before running over the man in the road.

The complaint said the suspect pulled up next to the witness and asked, “What was that?” She told him that it was a human being. The suspect said, “No, it was a bag.” The woman reiterated that it was a person, not a bag, before the suspect drove off.

It’s unclear why the victim was in the road. But police say Edwards is responsible for the man’s death.

“We believe the person was struck by the vehicle that Edwards was driving,” said Brooklyn Center police Cmdr. Garett Flesland.

Offers later spoke with Edwards via the phone who indicated to police he thought he ran over a “speed bump,” the complaint said. Police have been unable to locate Edwards since.

Court records show Edwards is currently on felony probation for two cases of fleeing police in a vehicle.